Condensation is the formation of extra water vapour in the form of a liquid when saturation of the air occurs. When the air is warmer, it can contain more moisture, however when the air does get colder, it can’t hold all the moisture and some of it forms tiny droplets on anything cold. Condensation is an extremely underestimated cause of damage to our homes. Damp caused by condensation is the most common type of damp occurring in homes and in the United Kingdom, it is particularly a problem during the colder months/winter season. Everyday activities like cooking, washing and bathing release moisture into the air. An average family of four can generate approximately four pints of water per person a day.

In the UK, the levels of atmospheric water vapour are high compared with many other parts of the world. This is because of its northern latitude and the fact that the prevailing westerly air flow picks up water vapour during its long passage over the Atlantic Ocean.
In occupied buildings, most water vapour is generated in bathrooms and kitchens and the pressure of this vapour will cause it to spread to all accessible parts of the building.

The circulation is usually towards areas of poor air circulation, behind items of furniture and in corners of rooms or where cold surfaces arise. Extensive condensation often leads to black mould and the mould spores from black mould can cause health conditions that are particularly prevalent in young children and the elderly. It is important that levels of moisture in the home are kept to a minimum so that these health problems don’t come to light. 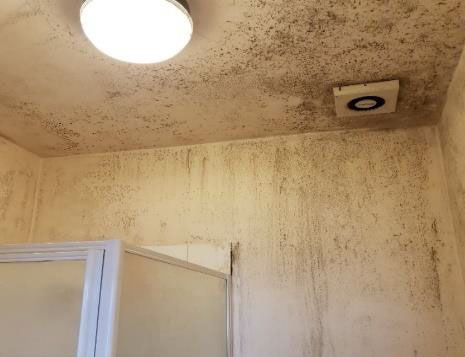 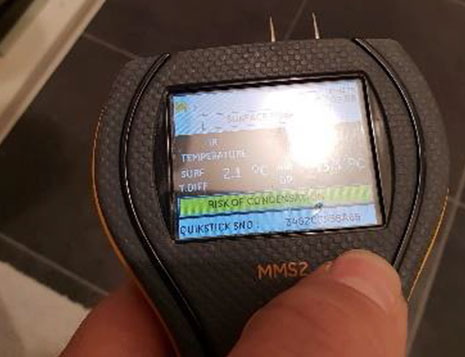 Are you experiencing any of these issues?

How to control Condensation

In order to try and keep bills down and avoid excessive condensation treatments, there are many measures you can try to minimize condensation yourself.
You must ensure to keep the amount of moisture in the air down so that it does not become excessive.

If drying clothes, it is always better to do it outside, if this is not possible, put them in an enclosed room with plenty of ventilation and keep any windows open.
If using the kitchen or bathroom, try to keep the door closed when possible so that moist or stale air is contained within the room.
Try to keep a small gap between walls and furniture, particularly against ‘cold walls’, and allow ventilation of any cupboards to keep air flowing.
If using a tumble dryer, make sure the vent pipe runs outside of
property or out a window.
Keep your property well ventilated by opening all windows
daily to allow moist air to escape.
While cooking, try to cover all pots and pans and avoid leaving anything on the boil for too long
Check to make sure airways within your property aren’t blocked, such as air bricks or chimneys
Try to keep heating levels within your property at a constant temperature, especially in the winter.

If the above measures do not solve the issue adequately, there is a more permanent and convenient solution… Our positive pressure ventilation systems work by delivering fresh, filtered and clean air into a property at a continuous rate, gently ventilating it. The humid (water saturated) air is displaced without the need to open any windows. This method dilutes high levels of humidity and other airborne pollutants, significantly lowering or eliminating surface condensation and dampness – the main cause of mould growth. This is known as

The Benefits of our Ventilation Systems

Black mould is a fungus which grows when there is damp. Black mould issues need to be addressed urgently as there are health issues associated with mould spores, in particular for people who are prone to allergies or have asthma. Most of the times, lack of ventilation is the culprit, rooms require fresh air and in cases where there are no air vents in rooms, it may get blocked up. 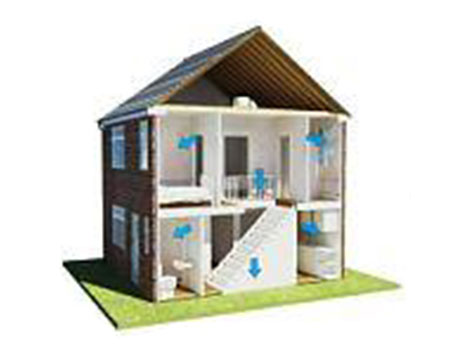 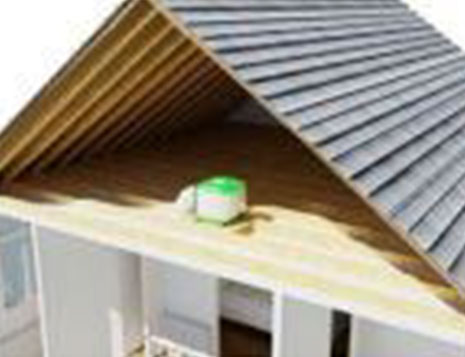 Damp Proofing Direct guarantee all work undertaken up to 20 years for remedial treatment and 10 years for tanking treatment. For a small fee we also offer insurance backed uAp guarantee for your peace of mind.
Learn more